We are a skilled group of Internet Nerds, with a wild passion for bettering the internet. Here we share our thoughts, ideas, aspirations, and even challenges of running a global platform.

In this guide, we answer the most common questions about Node Server, what is a Server Node? Is Node JS a Server? What is Node Server used for? And other related questions. Keep reading to learn more about this popular JavaScript runtime environment and library.

What is a Server Node

- Is Node Js a Server

Node js is not a server, it’s a runtime environment and a tool that developers can use to run a program, and generate and execute codes on the server-side using JavaScript code. As per the V8 JavaScript engine, node Js is based on google V8 which is Google’s open-source high-performance JavaScript and WebAssembly engine written in C++. It is used in Chrome and Node.js, among others. V8 implements ECMAScript and WebAssembly, and runs on Windows 7 or later, macOS 10.12+, and Linux systems that use x64, IA-32, ARM, or MIPS processors. V8 can run standalone or can be embedded into any C++ application.

- How to Start Node Server

To start a Node Server, you must install Node.js first, then build the web server by creating a file named app.js, include in it the instructions for creating: Hostname, Port number, and start coding the required functions, project or website.

Create the hostname, and assign the port number:

This code will result in printing the message (Hello World) on the url: http://localhost:3000

Play A video on the Server:

You can play a video on your web server. In the same directory where you are saving your app.js, go ahead and create a folder named (videos) then upload a video in the file, and let’s name it (myfirstvideo.mp4) and adjust your code as follows:

// Create an instance of the http server to handle HTTP requests
let app = http.createServer((req, res) => {
// Set a response type of mp4 video for the response res.writeHead(200, {'Content-Type': 'video/mp4'});
// Read the video into a stream let vidstream = fs.createReadStream('videos/myfirstvideo.mp4');
// Pipe our stream into the response vidstream.pipe(res);

This code will result in playing the uploaded video on the url: http://localhost:3000

Now you know the basics of running code on Node.js, all you need to do is to design your web applications/website and get your project started.

- How does Node js work

Node js uses Javascript to write server-side code, such as PHP, ASP, and other programming languages, however, Javascript is single-threaded which means it has one source of handling requests but because Javascript is also asynchronous which means it can be used as a single thread to handle multiple concurrent connections. Being single-threaded and asynchronous simultaneously makes node.js very fast in executing codes/tasks (receiving requests and sending back responses).

- What is the Architecture of Node.js

Node.js works in single-threaded processing where every request utilizes the server thread in receiving, executing, and sending one request from and to the server, whereas in multiple-threaded processing environments, whenever a request is received, a thread is picked out by the server and gets occupied by the task for processing, as all servers have limited pool of resources/threads, there’s a limited number of threads that could be picked out meaning there’s a limited number of tasks that could be executed concurrently from different threads. 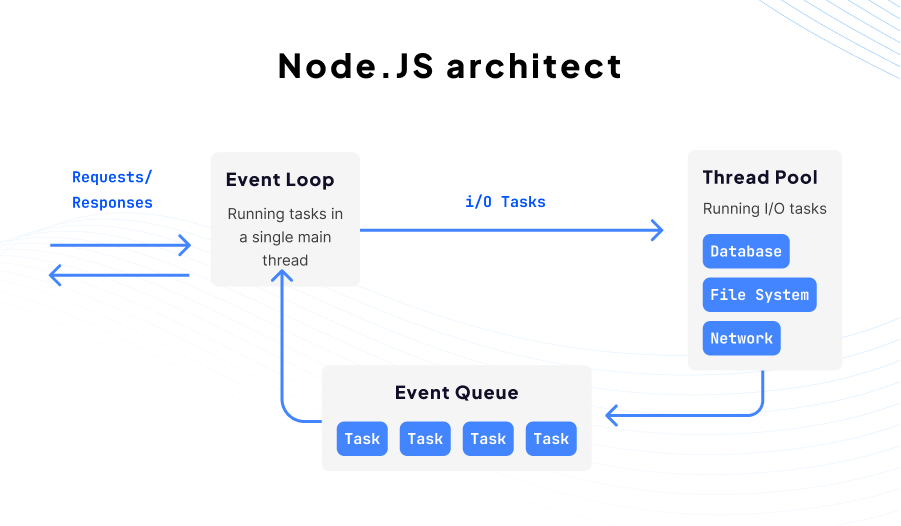 - What is Node Server used for

There are several uses for Node servers, here are the most common uses

Using Node.js has several advantages for the developers, which include but are not limited to these 10 benefits:

1. Easy to Use, Learn and Adopt

Node.js renders very fast code and executes server-side tasks quickly. There are two reasons for this fast speed, first is that node.js uses using google V8 engine, which executes and compiles tasks at a fast speed, additionally, because of its single-threaded and asynchronous nature, websites that are built using node.js are faster in loading and recalling content on their pages, in addition, real-time applications designed by node.js are highly performed.

Node.js supports multiple platforms, and your code will be compatible to run on Windows, macOS, LINUX, UNIX, and even several mobile devices without the need to install additional extensions or engines.

JavaScript is straightforward to learn because of its simplicity and compatibility with dynamic and static typing, which it’s suitable for prototyping solutions because it allows easy and fast execution of code for mostly all application types.

Based on the 2022 developers survey, Node.js is the most common web technology used by almost 47.12% of professional developers and those learning to code. Plus Node.js engine framework (Express) is taking advantage of its popularity and is the fourth most popular engine used by 22.99% of the responding developers.

In addition, the Node.js community is very active, developers usually contribute and share their outputs to the different platforms via ready solutions, codes, functions, and tools. 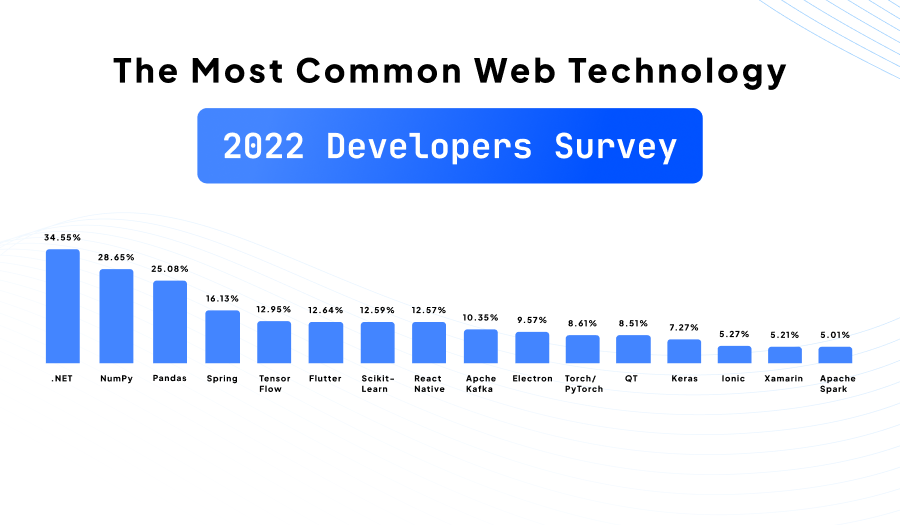 Using JavaScript to develop front-end and front-end code is an advantage that leads most companies to hire developers who excel in one language and save the additional cost of hiring extra developers with different programming efficiency.

Three factors contribute to the boosted performance of Node JS. It’s built on a V8 virtual machine, it has a single-threaded structure and its Event loop is constructed to respond swiftly to all the I/O requests from and to the database and the file system.

Event loops are created to handle event requests sent from the client side to the server side, events are generated when the user calls an input/output operation and they are asynchronous, however, in Node JS, the event loop of the called event will not be initiated until the data requested is retrieved, meaning that the requested information will use minimum resources such as memory and CPU. Node JS event loop is working in a serial sequence, not in parallel which results in boosted performance and highly improved response time.

A clear example is when a program receives two different tasks, one is a simple calculation of two numbers, and the other is retrieving a list of customers for a particular country, the first task will be executed and retrieved in no time, however, the second task will not generate its event loop until the task is completed from the database side. The following illustration shows how event loops are handled in the Node JS architecture. 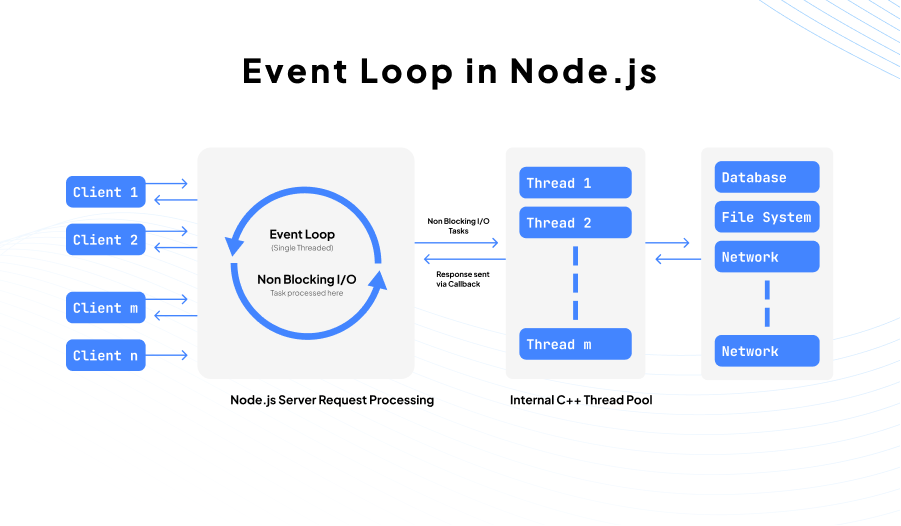 8. A lot of Free Tools and Libraries

There are thousands of open-source materials of JavaScript tools that are available online advancing the Node JS technology. Node JS is an open-source, cross-platform JavaScript runtime environment that provides documentation and APIs for each release of Node.js. npm is a package manager and the marketplace for JavaScript Tools that offers 1.4 million packages in addition to weekly updates of new registries. With lots of available tools and libraries, the picture shows that building new solutions using JavaScript is quite an easy and low-cost process compared to other web and application programming tools.

Reuse of code in Node.js has two ways, developers can reuse their code on both the front and backend of their web or mobile applications. On the other hand, many open-source codes and cross-platform registries and libraries are available online to reuse for the development of any application. These factors result in fast development, are less time-consuming, and provide lots of time for the developers to focus on the business side of their projects.

With millions of online resources and an active community, knowledge sharing is a significant advantage for developers starting to learn or already using Node.js as their primary programming language. Finding, sharing, and reusing codes is accessible via multiple platforms.

Node.js’s API is changing frequently, which is normal for a newly developed programming language, however, this is considered to be the biggest disadvantage of the tool. With the consistent change of the API, developers are forced to revisit their code and make changes to make it compatible with the latest API version, which adds more complexity and is time-consuming to the development process of their applications/projects.

As Node.js is the suitable solution for complicated applications, it falls short for multi-threaded programming that requires long-running and heavy computations. Long processing tasks might block incoming requests to the Node.js processor and that will result in consuming more resources and decrease performance. Again, Node.js is a newly developed programming language so that problem might be solved in the future, however for now it proved to be less effective for heavy computing applications.

3. Immaturity of Its Tools

All of the Node.js packages in npm are open-source and submitted by various developers, several of these packages are of poor quality, not well documented or perfectly tested, and some don't follow a good code structure. Thus, finding a quality package might be a challenge at the time.

The immaturity of node js tools will lead to incomplete libraries and packages, especially if it's open-source. Node.js libraries need more years before they become completed and dependable by the developers.

It takes years of practicing a programming language before programmers can be well-experienced, and this is the case for Node js, which requires more years for developers to be well-experienced and qualified in it. That might not be the case in the coming 10 years or maybe less depending on how fast development will take its course in the future.

- How to Connect MySQL Server to Node Js

MySQL is a lightweight open-source relational database that works perfectly with almost all web-based applications and is considered to be the fastest database engine in the market. 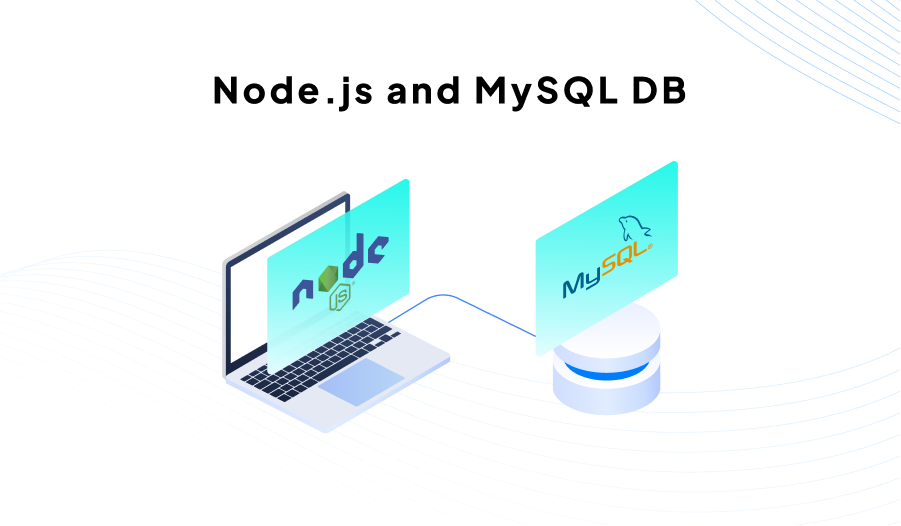 Here are the code and the steps you need to connect MySQL to Node js using the express.js engine.

Use this command to install the MySQL driver

Use this command to create a database for your web application

Once your database is created, let’s establish a connection between the database and node.js

Next, you need to establish a connection between the database and the node.js environment using this code 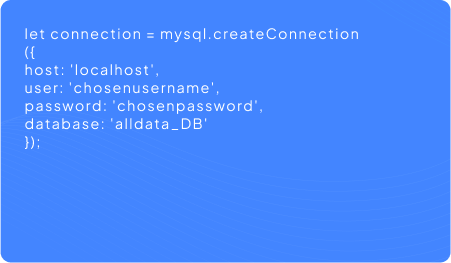 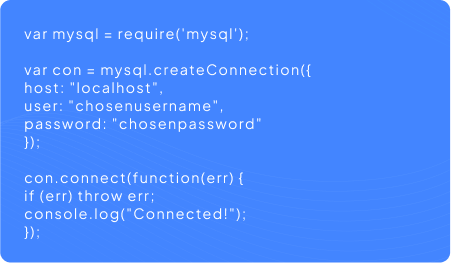 - Most Popular Examples of Node.js Apps/Websites

You would wonder What is Node Server used for and why it’s so eminent. Node.js suits lots of website needs, chatting applications, e-commerce websites, and streaming services with lots of concurrent sessions at the same time, and that shows in the list of the companies using node.js in their development, here is the list of the top website/applications created using Node.js:

- Get a fast, reliable server for your fast application